The 2017 edition of the Big Project Middle East Awards took place on November 27, 2017 at the Habtoor Grand Resort Autograph Collection in JBR, Dubai, with the annual B2B event attracting a packed-out Al Andalus Ballroom to celebrate the best the regional construction industry has to offer.

Held annually, the event has grown to become one of the most recognised and well-regarded awards in the industry, with participation from contractors, subcontractors and construction focused companies operating across the GCC and Middle East region.

This year’s event saw close to 100 nominations submitted across 20 categories, while the event itself welcomed 200 senior and C-level executives from across the construction spectrum, including representatives from the UAE’s Ministry of Infrastructure Development and Dubai Electricity and Water Authority.

“The Big Project ME Awards 2017 was a resounding success for us. We’re delighted to see such a wide range of contractors and subcontractors taking part in the awards, despite challenging market conditions,” said Raz Islam, publishing director, CPI Trade Media.

“We had a full house on the night and it was clear that everyone had a great time. It’s very heartening to see the passion and appreciation that the industry has for our awards. We had fantastic quality in the nominations this year, and some very deserving winners. I offer my congratulations to all of those who took part, especially the winners and runners up.”

The awards themselves were divided into distinct categories: Sustainability, Infrastructure, Technology and Innovation, Individuals and Construction, with strong competition for each prize.

This year, the biggest award of the night – Construction Contractor of the Year – went to Al Naboodah Construction Group; while Depa Interiors picked up Construction Project of the Year for the King Abdullah Petroleum Studies and Research Centre.

The judges for this year’s awards were drawn from the consultant sector of the construction industry, allowing for an impartial voting process for each category, with each judge allowed three votes per category – one for a winner, first runner up and a second runner up.

The judges were: Professor Abdul Sabouni from the CIOB, Andrea Scotti of BuroHappold, Nathan Cartwright from Godwin Austen Johnson, Paul Doherty from Faithful+Gould, Suhail Arfath from Autodesk, Jason Saundalkar from ME Consultant and Gavin Davids from Big Project ME. 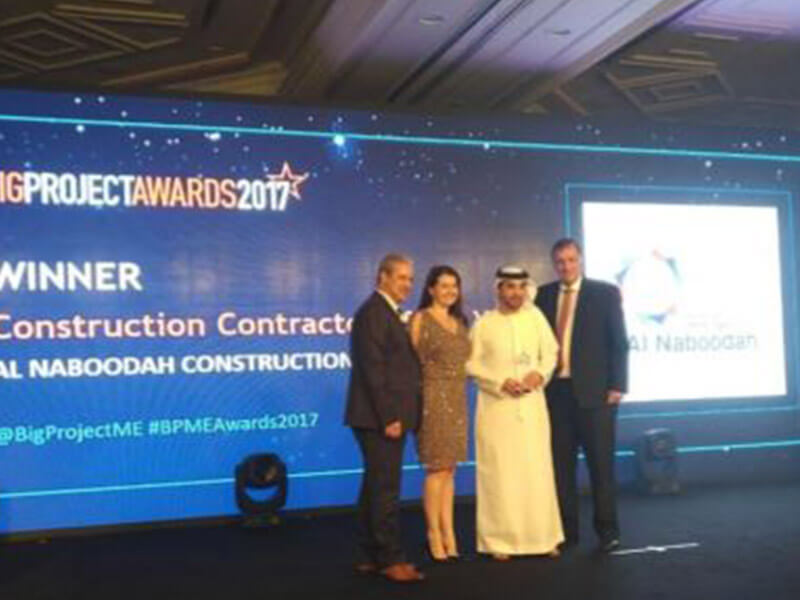