Dubai 3 May 2018, Al Naboodah Group Enterprises (ANGE), one of the UAE's oldest and most respected family conglomerates, has been named the United Arab Emirates’ happiest working environment for the second year running by the Ministry of Human Resources and Emiratisation in Abu Dhabi.

Senan Abdullah Al Naboodah said, “We are doubly honoured to have won this award for the second year running, particularly as it falls on our 60th anniversary year and during the Year of Zayed. Our founding father believed in empowering and investing in all employees. His vision was one of an inclusive and fair society. Values and traditions we at ANGE fully support as this award is testament to.”

The award followed an audit of ANGE’s head office by judges and an examination of the Group’s approach to employee welfare. It is in recognition ANGE’s efforts to embrace a workplace culture of happiness for its 16,000 employees and reinforces its position to be an employer of choice in the UAE. Training courses are offered across every employment grade in the company, seeking to upskill and empower employees and the Al Naboodah Construction Group Trade School has received world-class accreditation, providing construction employees with globally recognised certifications.

Al Naboodah added, “The award complements ANGE’s strategy to invest in the growth and development of its workforce. As part of our commitment to sustainability, ANGE reports on employee satisfaction levels and demonstrates a highly engaged workforce compared to globally recognised employee satisfaction rankings.” 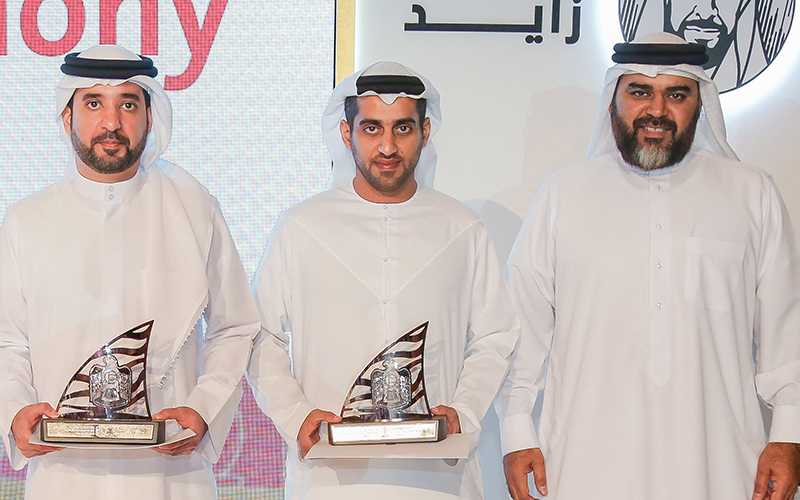