Dubai, United Arab Emirates - 4 May 2017: Al Naboodah Group Enterprises (ANGE) was this week awarded the honour of being named the United Arab Emirates' happiest working environment for 2017 at the inaugural happiness awards hosted by the Ministry of Human Resources & Emiratisation in Abu Dhabi.

Senan Al Naboodah, Managing Director of Al Naboodah Construction Group, accepted the award from His Excellency Saqr bin Ghubash, Minister of Human Resources and Emiratisation, along with Her Excellency Ohood bint Khalfan Al Roumi, the Minister of State for Happiness.

The award is recognition of ANGE's efforts to embrace a workplace culture that breeds happiness for its 16,000 employees and reinforces its position as an employer of choice in the UAE.

"It is an honour to win the UAE’s first award for the happiest working environment. ANGE strongly embraces the vision of the UAE’s leadership to position the nation as the world’s happiest country and we have made it our responsibility to ensure this vision is achieved across every aspect of business. We are grateful to be recognised for this contribution."

The award was judged against stringent criteria and included an audit of ANGE's head office and examination of the Group's approach to employee welfare. ANGE was one of 10 companies shortlisted for the award. Judges were impressed by ANGE's employee satisfaction ranking and the level of involvement of the Al Naboodah family in the operations of the business.

The award complements ANGE's strategy to invest in the growth and development of its workforce as part of its sustainability drive.

As part of its commitment to sustainability, ANGE reports on employee satisfaction levels. In a recent survey, overall employee engagement was measured at 95 percent with a response rate of 81 percent, demonstrating a highly engaged workforce compared to globally recognised employee satisfaction rankings. This positive result is reflected in an employee turnover rate of around 13 percent, which compares favourably with a UAE average of over 30 percent. 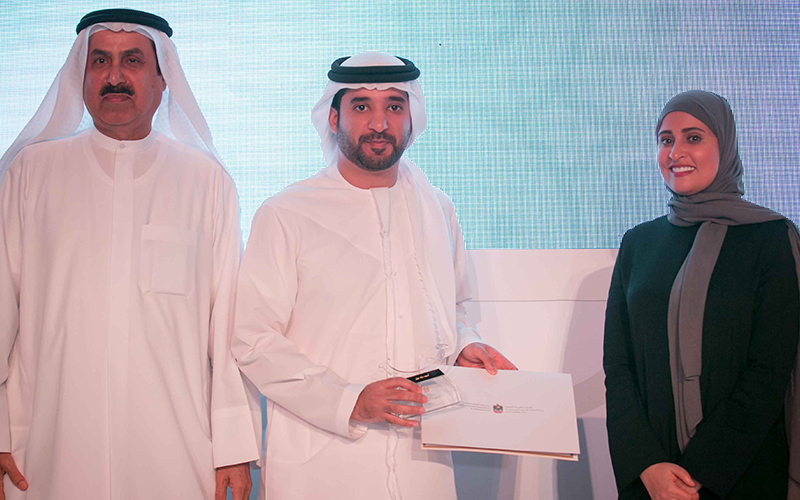