There are few things more instructive in business than success stories, and that is what we currently see in Swaidan Trading, a Saeed & Mohammed Al Naboodah Group company that has swiftly swept from non-entity to serious player in the public bus sector.

The interesting thing about this market segment is the winner-takes-all nature of the tendering process, with government transport authorities typically placing orders for hundreds of buses at intervals often exceeding five years apart.

Under these high stakes, high reward conditions, you would expect it to be difficult or risky for companies with no prior involvement in the sector to invest time and energy competing with more established players in the market segment, but Swaidan Trading has bucked the trend.

In a relatively short period, the trading arm has carved out an impressive niche for itself in public transport, winning first Dubai’s Roads & Transport Authority (RTA) and now the Oman National Transport Company (ONTC) round to its VDL buses, a premium vehicular product from the Netherlands.

The strategies applied to achieve this have been both incisive and decisive — with Swaidan objectively targeting the high volume supply and maintenance contracts presented by government tenders for public transport.

Ajit Kumar, formerly GM and now CEO of the UAE-based company, explains: “We started our relationship with VDL in 2006. We bid twice with the RTA and were not successful, but in 2008 we were successful for the first time.

“VDL was at that point in time the world’s largest single order of buses — it was a deal for about $517m (AED1.9bn) for the supply and maintenance over a period of 10 years. That was our first foray into public transport, and when I look back it was a very important milestone, because it changed our profile in terms of the kind of products that we supply. It helped catapult us into the public transport arena, which gives you much higher visibility and access.

Suddenly government organisations and authorities all across the region start noticing you, that you executed this big order and that you’re maintaining it — so it set us up for future opportunities, not just with the RTA, but across the region.”

In Oman, Swaidan Trading is active through First Vehicles, a joint venture with Oman’s Al Izz Group that in late 2015 signed a deal with the Oman National Transport Company (ONTC) for the supply of 40 low-floor VDL-brand buses, which have since gone live as part of the transport network in Muscat, together with aftersales services.

In a perfectly aimed precision strike of an incorporation, Swaidan Trading established First Vehicles with Al Izz Group in April 2015 specifically to target the very tender that they have now secured.

Kumar confirms: “The primary purpose was to try to secure the ONTC opportunity, because it would give us high visibility and an opportunity to engage with the government — things that otherwise take a lot of time. One of the reasons that they selected us was because of the excellent work that we have done with the RTA, and once you do well in one market within the public transport domain then the rest of the markets knows your good work, because it is directly visible.” 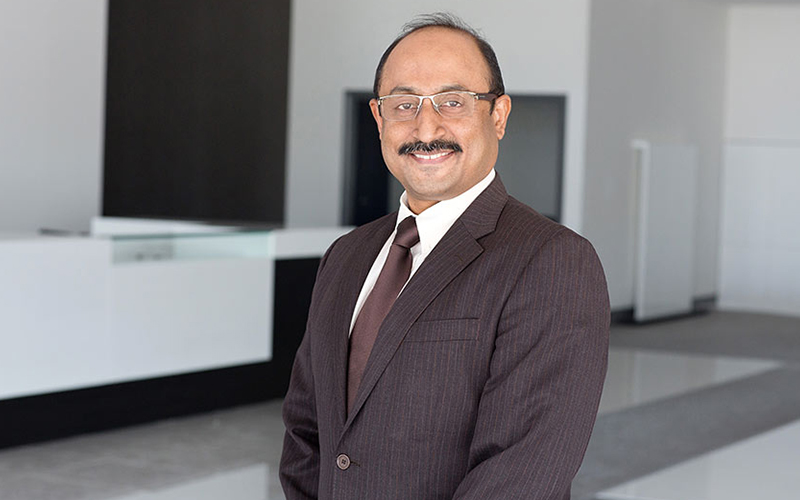