8th August, 2019: A compact version of the regular Roads and Transport Authority (RTA) bus was launched in Dubai on Wednesday to provide services to areas previously deemed inaccessible to larger buses.

Ninety four midi-buses, as they are dubbed, will go into service this summer, running across 17 routes in the emirate. Built by Optare in Sherburn, near Leeds in the United Kingdom, the forward-wheel drive ‘RTA Solo’ with compact, low-floor and bespoke configuration can carry 32 passengers down narrow side streets in Dubai that were previously unserviced by public transport.

The 8.5-metre vehicles were developed in partnership with Al Naboodah Group Enterprises (ANGE) and RTA, specially for the UAE market.

Swaidan Saeed Al Naboodah, managing director of ANGE, who partnered with Optare to create these buses after having provided supply and maintenance to the RTA for the past decade, said: “We are thrilled to be celebrating the launch of the RTA Solo, and to have played a central role in its entry into the RTA’s feeder service.

“As a long-standing partner to the RTA, our mission has always been to introduce state-of-the-art products and services in the region while providing 24/7 operational support to our associates.”

“The RTA Solo presented the business with many new technical challenges, which we have overcome and bettered, to provide the RTA with a powerful tool in growing patronage in Dubai.

“There is further opportunity for Optare’s growth in the region and we look forward to our continued partnership with Al Naboodah Group Enterprises,” he added. 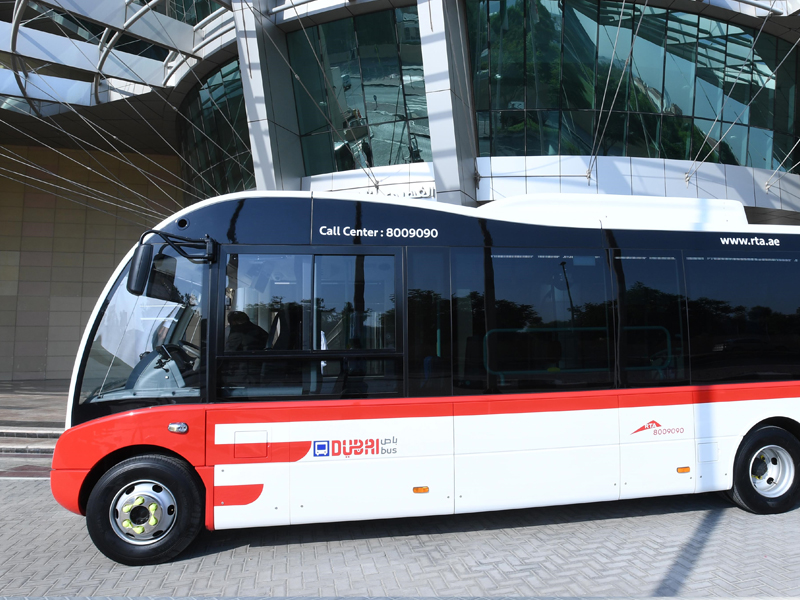