UAE, 19 January 2016: Team Peugeot Dubai Swaidan Trading is celebrating a podium first place in its inaugural participation in the Hankook Dubai 24H endurance race. The team won its A3 class after an intense 24-hour battle with the four other cars in its class and 100 cars participating overall.

The winning #208 Peugeot 208 GTi Peugeot Sport was in the hands of Stéphane VENTAJA (France), Thierry BLAISE (France), Guillaume ROMAN (France) and Kim HOLMGAARD (Denmark). With a starting position of 75th overall on the grid, the car steadily overtook many of its rivals to claim overall 34th place at the finish line, making it the second fastest of all touring cars and the fastest of all cars in the A3 Class. With 100 cars competing on the 5.39km-long Dubai Autodrome racetrack, drivers had to demonstrate a flawless display of speed as well as control to avoid the many accidents that triggered 13 Code-60 race neutralization periods (4hr20 in total), and left dozens of cars damaged or forced to retire from the race.

Despite a strong showing by the team’s second car, Peugeot #208 GTi #205, and its drivers, the car had to retire from the race during the night as a result of unexpected mechanical failure that couldn't be repaired at the circuit. Though the disappointment was big for #205's five-strong team of drivers: Sarah BOVY (Belgium), Thierry BOYER (France), Jérôme OGAY (Switzerland), Michael CARLSEN (Denmark) and Mathias SCHLÄPPI (Switzerland), they were pleased to be part of Peugeot’s new partnership with Swaidan Trading and its winning team.

Olivier Perez, General Manager of Team Peugeot Dubai Swaidan Trading, said: “Though the team and I feel sad that not all nine of our drivers could stand together on the podium this weekend, we are very proud of our success, with a commanding victory in the A3 class and an overall finishing position of 34th out of 100 participating cars. This result speaks volumes about the incredible performance of our Peugeot 208 GTi racecars that are outmuscled in terms of raw horsepower by most rivals, yet show their true strength in a perfect combination of speed, agility and efficiency. I also want to warmly thank Swaidan Trading Co. LLC for placing its trust in our team this weekend and for sharing this amazing first-time adventure at the 24H DUBAI race with us. We are looking forward to racing again in Dubai as the defending A3 class champions."

Stéphane Ventaja, A3-class winning driver of #208, added: "I am overwhelmed by the tremendous result achieved this weekend and will never forget the joy and pride of standing on the first step of the podium in Dubai after an intense battle for first place. My teammates and I drove our hearts out, but the successful outcome was made possible by great teamwork that produced for us a pair of beautiful, quick and very agile Peugeot racecars. They proved to be the perfect machines to tackle such a difficult race, with intense traffic on track and frequent accidents that ended the race dreams of a lot of teams."

In its 11th year, the Hankook Dubai 24H endurance race is one of UAE’s most prestigious sporting events with teams and drivers participating from around the world. 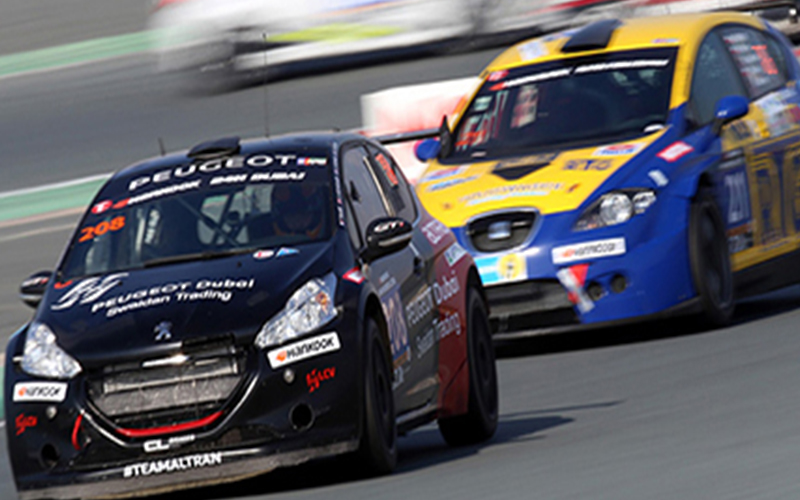