“This is a great achievement by all our HSE personnel and a testament to the diligence of all those on site,” said David Evans, CEO ANCG. “Getting to two million man hours without a lost time injury (LTI) is a commendable achievement and a result of the client, consultant and contractor working collaboratively and enforcing industry best practice across the whole site.”

ANCG is installing civil works on the two square kilometre site which will be the location for up to 90 mixed-use tower blocks. The scope of work provided by ANCG includes the full infrastructure requirements for the development including road networks, drainage, street lighting, traffic control, road signage, irrigation, electric power and telecommunications among other utility infrastructure.

Work began on the site in May 2016 and is scheduled to complete later this year. There are over 600 workmen on site on any given day. Worker Welfare and Occupational Health and Safety are key areas of focus for ANGE and comprise an important part of its Sustainability Roadmap which seeks to achieve zero LTIs across the entire organisation. ANGE complies with, and exceeds, the highest safety standards required by the most stringent organisations in the UAE. The group has won the UAE’s Happiest Workplace Award for two consecutive years and has been acknowledged for excellence in labour relations with a 4-star Taqdeer Award, by the Government of Dubai. 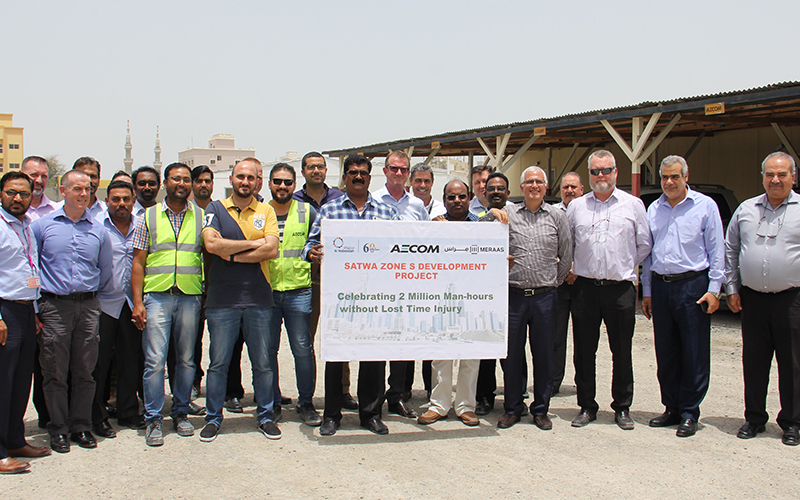